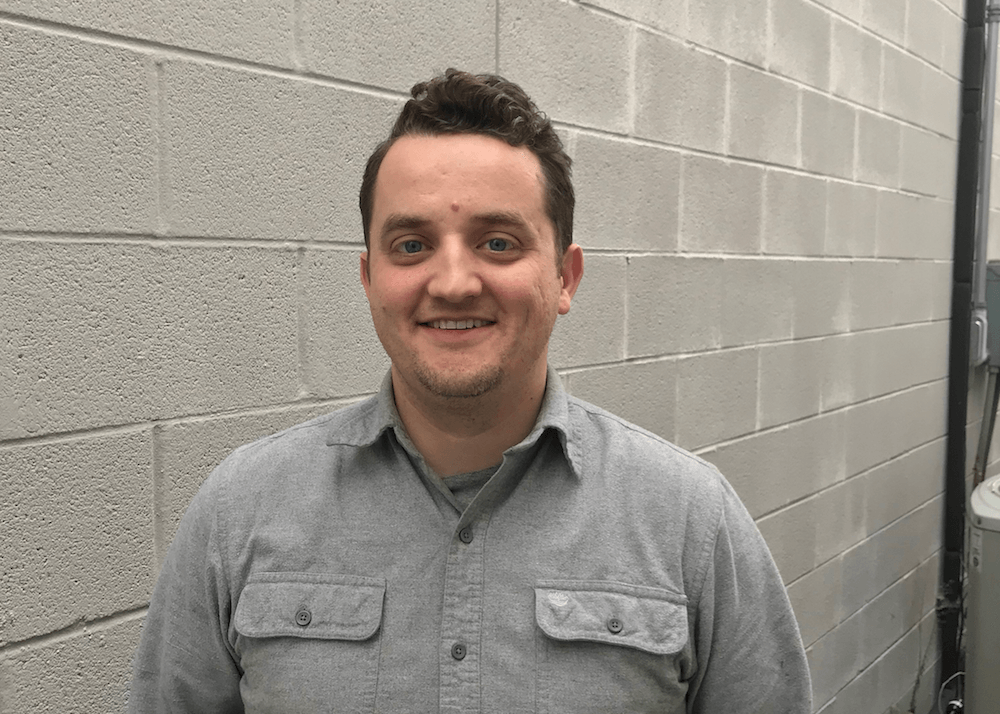 A very proud “cheese head” (in his own words), Jon Carpenter grew up in Milwaukee, Wisconsin before eventually making his way to Music City. As a graduate of Grace Christian University in Grand Rapids, Michigan, Jon holds a Bachelor of Science degree in Digital Media Production. After college, Jon applied his education and natural skill set to the retail technical service industry for nearly five years. Growing up in a family business himself, Jon gained a valuable work ethic in customer service by answering phones, confirming appointments, and maintaining the buildings and property of several offices for his father’s chiropractic practice in Milwaukee. In early 2017, as life circumstances found him freshly planted in Nashville, Jon took on the newly-developed full-time role as Formwell Account Manager, working directly with customers outside Maxwell Roofing to service sheet metal sales.

In his current role as Formwell Account Manager, an average day for Jon can involve receiving pricing requests, orders or inquiries from customers, organizing and creating customer drawings, creating materials lists, and more. Jon is also responsible for obtaining current pricing on materials and finding the best prices to pass on to Formwell’s customers, while creating estimates for products and responding to any of the customers’ changes in design or last minute requests. Jon explains, “Formwell is a smaller part of Maxwell Roofing, which allows us to be able to react to changes on a jobsite during the week and sometimes even the day of.”

As for Formwell’s team dynamic, Jon says, “Our Formwell team is small and highly-skilled in the many areas that sheet metal fabrication requires. We are dedicated to precision and ready to knock out any job, large or small. Our shop foreman, Carl Rand, is detail-oriented and works well with our superintendents and our fabricators to make sure the drawings are correct and the final product is up to spec. When other folks don’t know how to build something, our team can usually figure it out.”

Jon and the Formwell team work closely with other trades, including masons, green roofers, landscapers, roofing contractors, and building maintenance companies. “We also have a few customers unique to Music City, such as light and staging companies, tour coach leasing companies, and even custom guitar builders,” adds Jon. As for what makes his department special, Jon says, “Being focused solely on metal is pretty unique. Specializing in sheet metal fabrication allows the superintendents in our roofing department and our customers to focus on other things. They can put their trust in us and be confident our metal is ready to install.”

As a Maxwell Roofing employee, Jon appreciates that team members make sure that all work is done right. He explains, “Planning out a job is half the battle, as well as making sure the moving parts can navigate problems as they arise. Maxwell employees know that good work is worth the time it takes.” Jon also takes pride in Maxwell’s craftsmanship. “When I see a stack of parts in the workshop and they are all uniform and made just right, it’s great to know that we made those parts. I like seeing our products fitting our customer needs and helping them solve a problem,” affirms Jon.

Formwell has been behind some of the biggest projects in Nashville (i.e. the flashing behind all the stone installed at the new Tennessee State Museum and the edge metal around the green roof on the Music City Center), though it often gets covered up and put out of sight. Jon loves that those customers come back to Maxwell Roofing again and again, as they keep making quality products.

Outside of his Formwell duties, Jon enjoys cycling, XC skiing, camping, and woodworking. Jon lives on a farm just outside of Nashville with his wife Rachel and their Great Pyrenees Branch, who’s supposed to be a guard dog but loves meeting new people a little too much to fulfill those duties. As for Jon’s personal goals or dreams, he puts having a thriving family and business at the top. Among Jon’s favorite places includes Lake Superior in every season. He explains, “Lake Superior is always crisp and cool. The distinct and varying shorelines running between Minnesota, Wisconsin, and Michigan were a constant for me growing up. Almost anywhere along its banks will make you stop and watch it for a while.

A Hendersonville, Tennessee native, Matt Matthews holds a Master’s in Accounting from the University of…

Martha Walden grew up in Mobile, Alabama, where she graduated from 20th Century College with…

Jackie Sprout grew up in Hendersonville, Tennessee before heading to Middle Tennessee State University. After…

Born and raised in Nashville, Dan Maxwell grew up interested in manufacturing. After graduating from…

We use cookies to ensure that we give you the best experience on our website. By continuing to use the site, you consent to the use of cookies.
To learn more please review our Privacy Policy.Ok

Have Peace of Mind with Maxwell Monitors

To meet customers' changing needs during COVID-19, we are offering Maxwell Monitors—a new service designed to monitor your building. We identify and resolve issues before they escalate into more severe damages.